Is the dignified reception of all asylum seekers in Europe an illusion?

While some countries were already struggling to provide dignified reception conditions for asylum seekers, the rise in the number of arrivals to Europe highlighted the inability of European countries to meet their obligations as well as their tendency to limit access to rights and services. In a context characterized by growing anti-migrant sentiment, is the top-down harmonization of reception conditions possible?
News

Should the rest of Europe adopt the German asylum model?

By Petra Bendel, professor at the University of Friedrich-Alexander Erlangen-Nürnberg 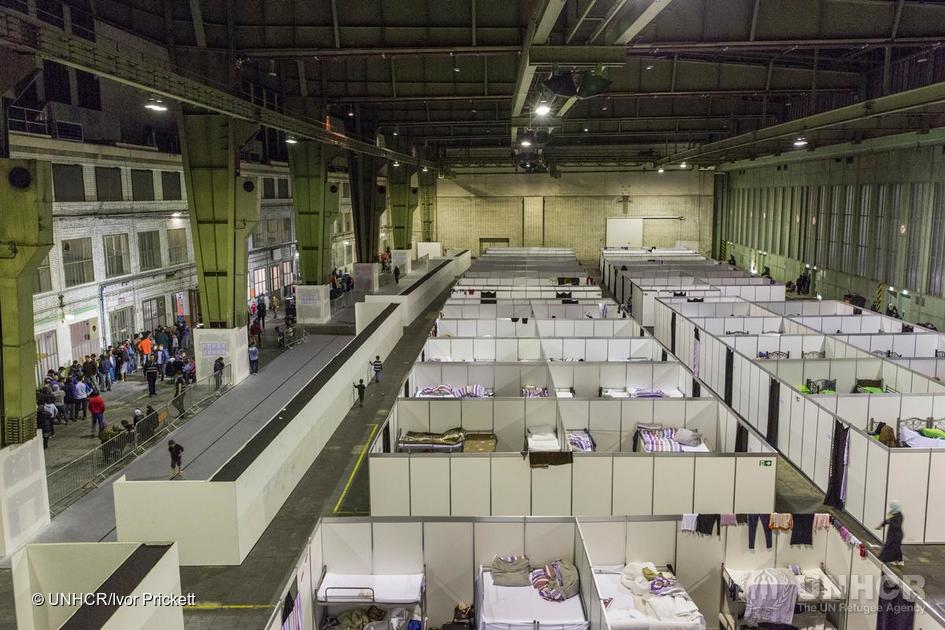 Following the surge in arrivals in 2015 and 2016, debates over asylum, migration and integration have been characterised by tougher asylum rules and accelerated expulsions, increased concerns about integrating people “who have a good chance of staying” and the goal of recruiting skilled personnel (legal migration).

In Germany, asylum laws were first hardened in 2015, in reaction to the surge in the number of refugees. According to the federal government’s new coalition contract, asylum can only be granted to those deserving of it and foreign nationals illegally residing in Germany would, according to the document, have to be deported. The contract also provides for the opening of deportation centres and makes having a valid place of residence a requirement to benefit from the integration policy.

Germany is one of a group of member states who, alongside France, are toughening their asylum laws while, at the same time, encouraging integration, exemplifying Europe’s way of investing in policies for refugees (like Sweden and Italy, prior to their most recent elections). On this last point, however, this group diverges from the position of other member states such as Austria, Belgium, Denmark and the Netherlands. These countries want to limit both immigration and integration, and are breaking away from the official EU position regarding asylum seekers. A final group including Poland, Hungary, the Czech Republic and Slovakia seek to prevent all migration to their territory, refuse to make any effort to integrate foreign citizens and show no solidarity with other member Ssates regarding refugee allocation.

The reasons underlying these different but equally restrictive policies are quite clear:

This does not bode well for the reform of the European Asylum System, as it has become extremely difficult to reach agreement on the recast Dublin regulation, due to political differences and a diminished appetite for multilateral, common solutions.

In order to forge a common European policy on asylum, the need to reconcile Germany’s and France’s positions against the backdrop of vast differences within Europe is actually a real opportunity (although we must not turn a blind eye to their hardened new asylum laws). In its coalition contract, the federal German government included a commitment to harmonising asylum procedures and providing fair distribution of food, healthcare and accommodation for asylum seekers in Europe. The French government argued it would do the same thing in its policy programme on the 12th of July 2017. We can, therefore, reasonably expect migration to be a key issue in the joint road-map planned for the European summit to be held in June. Both states will have to work together to build both a European and international security system.

Concerning what has been called the “asylum lottery”, national decision-making processes for granting asylum need to be harmonized. This point is crucial: we must guarantee fairness throughout Europe for asylum seekers.

Moreover, guaranteeing that asylum seekers be fairly distributed among member states would be a major step forward. It doesn’t look, however, like a consensus between member states will soon be reached. The May 2019 European elections is coming up and the current Commission’s term is also coming to an end, so it’s likely that decision-making power in Brussels and Strasbourg will be somewhat diminished. As a result, it would be useful to bring the ‘Franco-German duo closer’, as quickly as possible, by devising a fair distribution mechanism and agreeing upon fair, harmonised reception conditions as part of the reform of the Common European Asylum System.

The German integration system has seen considerable success, thanks to the efforts undertaken at every political level – especially at the local level – and the major role played by civil society organizations and volunteers. All in all, refugees have only begun arriving relatively recently and this is putting substantial pressure on both our training and education systems as well as on our labour market. Experience has shown that quick integration within the host society is a cornerstone of success. However, the decision to deliberately house people in centralised reception-transit-deportation centres will certainly undermine this objective. In my opinion, we must absolutely guarantee access to resources enabling integration, counsellors and support systems, as well as to the local culture and society. This is particularly true in regards to access to education.

The legal barriers blocking access to the labour market have gradually been brought down: people can find work quickly; rules regulating access to the labour market have been softened. Of course, the upbeat German economy has been a major boon to the system: companies have a pressing and urgent need for labour. This massive exodus of people shone light on the fact that construction of social housing had fallen years behind. Now, money is pouring in. The 2016 integration law, made it mandatory for people with refugee status to be provided housing (plus housing benefits). Therefore, it is now important to avoid that people with refugee status be concentrated in and around big cities in western Germany, as this could lead to ethnic segregation. The law must give German states the freedom to distribute those receiving benefits in a better, fairer way. Since the events of January 1st 2016, the question of integration within the system of standards and values has made its way back into the spotlight in Germany. With the immigration law implemented on the 1st of January 2005, the “minimum framework for national integration” was introduced in Germany. It was designed to encourage migrants to increase their participation within their host society. The core of this new system is ‘integration lessons’ for migrants, which include 700 hours of language and “orientation” classes. 100 hours of the orientation lessons are meant to be spent on “German values”; before the new integration law introduced on the 6th of August 2016, it was 60 hours. In the language classes, too, many of the subjects are examples taken from everyday German life.