What evolution of asylum policies in European countries since 2015?

In the 2010s, and in particular from 2015 onwards with the intensification of the Syrian conflict, the number of asylum applications significantly increased in the EU Member States. This situation has led to political tensions in and between some countries – particularly those on the "front line" such as Greece and Italy – regarding the suitable responses in terms of reception and integration of exiled persons. How have national asylum systems in Europe adapted? Is the reaction of the European institutions – in a fragmented Union on the issue of asylum – appropriate?
News

Is a reform of European asylum policy still possible? 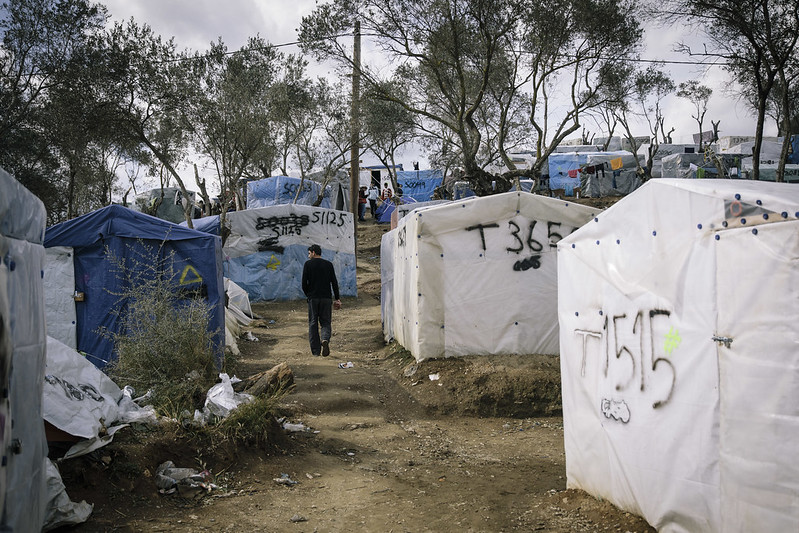 Moria camp, on the Greek island of Lesbos, late February 2020

The creation of an Area of Freedom, Security and Justice in the European Union (EU) was enacted at the Tampere European Council held in 1999 with the drawing up of a common asylum policy which was to include a “Common European Asylum System” (CEAS). The latter was constructed in two phases, which led to the establishment of the current legislative framework on asylum in Europe in 2013.

With the “refugee crisis” in 2015, Member States realised the limitations of the CEAS and its inability to cope with the increase in the number of people arriving in the Union’s territory. The ad hoc emergency measures which were taken to start with, such as the creation of a mechanism for the relocation of asylum seekers received in Greece and Italy among European countries, appeared insufficient. In addition to this, in spite of the EU’s efforts towards harmonisation, it emerged that material reception conditions[1] and access to the asylum procedure varied enormously from one Member State to another, which led to asylum seekers applying for protection in a number of countries. Against this background, the European Commission embarked upon a process of reforming the CEAS with the aim of standardising procedures and rights on a Europe-wide scale and thus avoiding secondary movements within the EU.

At the beginning of 2020, due to various deadlocks, the reform proposals have failed to go through. The best hope of breaking out of this stalemate now lies in the fresh intake in both the Commission and the Parliament following the elections in 2019. At a time when the new von der Leyen Commission is working on drawing up a new “European Pact on Migration and Asylum”, is a genuine reform of European asylum policy still possible?

According to the Lisbon Treaty, asylum comes under Community law, which means that it is the European institutions which legislate in this area by passing regulations and directives; Member States merely have some discretion in the way that certain legislation is applied. The Dublin III[2]and Eurodac[3] Regulations, along with the Regulation on the European Asylum Support Office (EASO), relate to the CAES legislation part which applies directly to Member States. There are three directives, pursuant to which the countries have some room for manoeuvre when transposing them into national law, which supplement it: the “Procedures” Directive which sets out the minimum standards for the asylum procedure, the “Qualification” Directive which determines harmonised criteria for international protection, and the “Reception” Directive which establishes common standards on asylum seekers’ living conditions. Various programmes were also set up to relieve the pressure on the Member States at the EU’s borders and on third countries, such as the establishing of hotspots, the creation of a European relocation mechanism as well as resettlement and humanitarian admissions programmes.

In 2016, the Commission submitted an initial proposal for the reforming of the CEAS. This latter made provision for turning the “Procedures” and “Qualification” directives into regulations in order – amongst other things – to shorten the time taken by the procedures or to reassess systematically and regularly the protection granted, whilst at the same time guaranteeing adherence to asylum seekers’ fundamental rights. In addition to this, it included a strengthening of both the Eurodac Regulation – to make it more efficient – and EASO in order to make it a “genuine EU Agency for Asylum”. It also made provision for an overhaul of the Dublin III Regulation, which places a disproportionate burden on the countries first entered by refugees, and the creation of a European Union Resettlement Framework, in order to standardise the procedures relating to the selection and treatment of candidates for resettlement[4]. Nevertheless, in spite of the stabilisation of the number of asylum seekers in the Union and whereas certain negotiations had already made good progress, as was the case with the “Qualification” Regulation, the reform of the CEAS never went through. The European Council’s insistence on adopting it according to a “package logic”, in other words by requiring a consensus across all of the legislation, whereas the discussions on the Dublin IV Regulation were in deadlock, explains why the discussions failed.

Indeed, in order to revise the Dublin III Regulation, the Commission had proposed retaining the criterion used to determine the State responsible for the asylum application – adding a corrective allocation mechanism which would have distributed asylum seekers more fairly among States. In spite of the adoption of Parliament’s position in November 2017[5], this proposal came up against the refusal by some countries to take more asylum seekers – especially those belonging to the Visegrád group[6] – and led to a genuine “crisis of solidarity”. Although the Member States have managed to reach agreement on some subjects since 2016, this was very often the reinforcement of surveillance at the EU’s external borders, such as the increase in the number of Frontex officers, and in late February 2020, the stepping up of patrols at the Greek border after President Recep Tayyip Erdoğan’s decision to no longer detain Syrian refugees in Turkey.

At the same time, the office of the United Nations High Commissioner for Refugees has counted thousands of deaths: 10,512 people allegedly died in the Mediterranean whilst trying to reach Europe between 2016 and 2018. In order to compensate for this stalemate in negotiations and to put an end to this humanitarian catastrophe, ad hoc emergency measures were taken, such as the “Malta preliminary agreement” of September 2019. This latter dealt with the introduction of a mechanism to distribute people rescued in the Mediterranean among Member States but it was never formalised due to a failure to reach unanimous agreement. Only a handful of countries, including France and Germany, now agree to receive asylum seekers who have disembarked from humanitarian boats, mainly in Malta and Italy, which is slowing down their distribution. It is this same “coalition of willing countries” which also includes Portugal and Finland, which is now committing to receiving unaccompanied foreign minors who are trapped in camps on the Greek islands.

Faced with these deadlocks, some civil society organisations have called upon the Union at least to ensure adherence to the existing legislation in order to comply with international and European law and to allow asylum seekers and refugees access to their rights across the whole of the Union’s territory. As for the Dublin Regulation, the European Council for Refugees and Exiles, for instance, asked the EU to take a precise look at its failings before proposing a further reform.

These were the circumstances in which the new President of the European Commission, Ursula von der Leyen, was elected in July 2019, determined to “preserve the right to asylum and improve the situation of refugees” in Europe. When presenting her vision, she talked about the preparation of a new “European Pact on Migration and Asylum” which was supposed to restart the negotiations on the reforming of the CEAS, and particularly on the Dublin Regulation. This Pact should have a number of strategic goals such as the fight against irregular migration, the protection  of borders and the development of resettlement and complementary legal pathways. It was due to be presented in April 2020 but could nevertheless see its publication delayed – the situation in Greece, to where thousands of people have rushed following the opening of the borders with Turkey, and the management of the COVID-19 crisis are taking up all the European institutions’ time and energy.

Overcrowded camps, increased numbers of refoulements, returns that fail to adhere to fundamental rights – the right to asylum is under threat in many European countries. Against this background, a new “European Pact on Migration and Asylum”, a cornerstone of the new Commission’s reform of asylum policy, must take into account the progress previously negotiated in the framework of the CEAS reform embarked upon in 2016. Given the increase in the number of asylum applications in the EU in 2019 -the first year-on-year since 2015 – and at a time when the Union is getting ready to receive more people from the Middle East after the Turkish decision, will this new Pact be able to put an end to humanitarian crises at the EU’s borders and prevent new ones?

[1] See the article on this subject published in the first edition of our magazine in June 2018 here.

[2] In the EU, only one Member State can be responsible for examining an asylum application. This Dublin III Regulation sets out the criteria used to determine this responsibility, including the existence of a first-time asylum application or the taking of fingerprints.

[3] This system allows EU countries to play a part in identifying asylum seekers and people who have been apprehended in relation to the illegal crossing of one of the EU’s external borders.

[4] See the article on this subject published in the fourth issue of our magazine in August 2019 here.

[5] In its position adopted in November 2017, the European Parliament proposed a distribution mechanism no longer based upon the principle of the country of first entry but oriented towards the countries which receive the fewest asylum seekers in relation to their GDP and their population, except in cases where there are family members or the possession of a visa or a residence permit issued by a Member State.

ReturnLearn more
Actualités | Is a reform of European asylum policy still possible?
Actualités | "The EU-Turkey Statement made it impossible to provide decent and humane reception conditions to asylum seekers"
Actualités | Germany’s Ankerzentren: a quick way of managing the asylum procedure while undermining fundamental rights
Actualités | The coronavirus effect on European migration policy
Actualités | "If the question of the distribution of migrants throughout the EU is codified, we will no longer see the kind of thing that is currently happening in Greece"